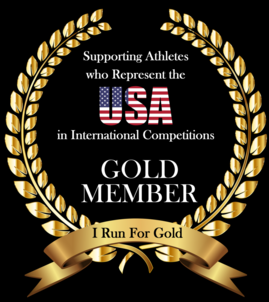 I Run For Gold Program Overview

A New Way of supporting U.S. Athletes who represent the United States in International Ultra Running Competition(s), but not Olympic Competitions. ( per Rule 40 )

To engage members of the running community, across the country, to support athletes participating in international competitions representing the United States on Team USA.

If there was a way of supporting fellow ultra runners who spend countless hours training to represent the US, but have to pay for their own travel expenses to represent the USA at international competitions, would you be interested in helping raise money to offset some of those costs??  Read the article by Traci Falbo on the "Why it's needed" tab at the top of this page! 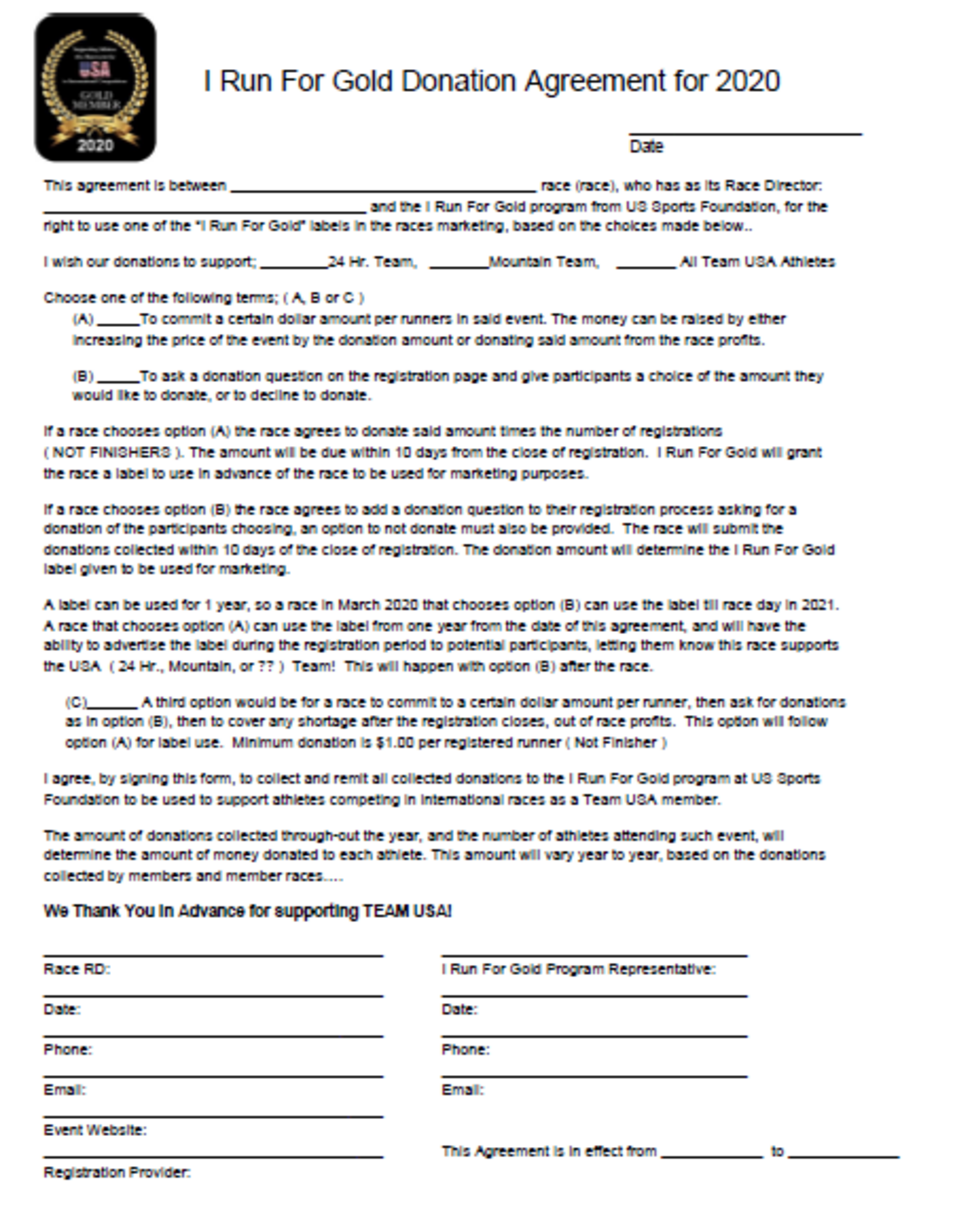 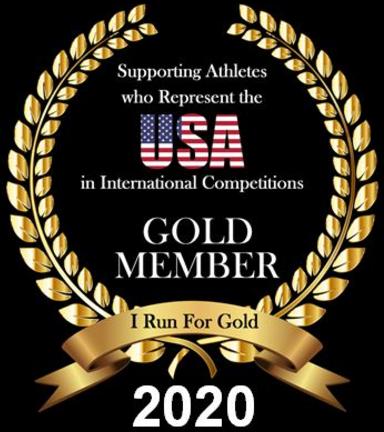 Soccer, Tennis, Golf, Cycling, Triathlon and a few other sports get all the big sponsor money while the less known sports, like Ultra’s, get a pittance, if anything when it comes to support, with  most athletes paying their own way to compete for the US on team USA. Think about it, you’re an athlete, you’ve spent countless hours training, maybe your entire life to this point and your selected because you earned the right to be on TEAM USA and represent the US in international competition, and then you find out you need to pay your own way if you want to participate.  You need to buy your own plane ticket, pay for your own room & board while competing, pay for your own food, maybe even pay for your own uniform! Since most athletes work full time somewhere, they use their vacation time from work, or go with time off without pay and have to foot the bill to go! Yes there are a lot of other expenses that are covered, but not everything!  So what do you do, borrow money from friend & family or run up credit card debt to fund representing the US.

All this can change, but the sports own people must be the ones to make the changes.

While the initial launch is for MUT  “Ultra Runners” any participation sport could join and raise money for athletes in that discipline! ( Marathons & other Road Races, Volleyball, Swimming, Triathlon, Track & Field events, the list of athletes that could be helped is endless. ) More on that, at a later date!

How it would work;  If an event collected a small extra fee at registration ( $1.00, $2.00 or even $5.00 ) from 75 to 80% of the  participants, the fee’s generated per person would be small, but combined with other participants from that event and other events throughout the year, it would generate enough money to help athletes in international competitions, by offsetting some or all of their personal expenses for travel, lodging and food.  Remember international competitions don’t happen every year; most are every 2 or 4 years. So while $1.00 to $5.00 may not seem like a lot to contribute, and most people probably wouldn’t even think twice about spending a few dollars to support fellow athletes, the donations collected over a 2-4 year span could generate a lot of support.

I know this concept will work as I just finished directing a 5k & 10k with 1200 runners and collected over $500 WITHOUT even asking for donations, the button to donate was there, and some people donated.  So think of the possibilities if we ASKED to support this effort with a small donation of $1. How many would donate a $1 or more, would you donate??

You don't have to take my word, the chart below is from the current  RUNSIGNUP.com web site. $$ donated were 8.3% of the transaction dollars processed.

So what needs to be done??  Get the word out to races and RD’s and solicit their participation. There is NO COST to a race for participating and by becoming a I Run For Gold Sponsor, as all money collected is from participant donations, not their bottom line!  Why would a race not want to support TEAM USA??

With that said….All this would be subject to the rules and regulations that govern international competition and sponsorship, so as to not get anyone in trouble.

The exact details have to still be worked out, but the idea is simple…Let’s help our fellow ultra runners compete for US dominance in our sport of Ultra Running.

I’m looking for people who see the vision and would be willing to help get this off the ground, ( A board of directors, committee members, spokes people, people to bounce ideas off, people with ideas, people with connections, we need it all! )

Establish the name the organization will promote... ( Like..I Run For Gold )

Create a Board of Directors.
Establish an outline for the organizations 1st year
Establish rules and by-laws as required
Become an official organization in the State of Florida ( or another State )
Become a 503C organization as required
Establish a bank account to be used to collect money.
Establish the way donations are to be handled and how administrative costs are covered (90/10% split? )

Find Spokesperson(s) for the cause. ( the 24 hour team for example )

Get RunSign-Up to agree to take donations for the organization, which they already do. ( then work on other registration sites )

Get the word out to races and RD’s and solicit their participation. There is NO COST to a race for participating and by becoming a I Run For Gold Sponsor, as all money collected is from participant donations, not their bottom line!

Donations:      Small donations would be collected at time of registration for an event, through a registration site like Run Sign-up, hoping that Active and Ultra Sign-up will come on board at some point.  The donations collected would be paid out to an account the organization holds. Monies would be collected all year possibly for several years.  A Board of Directors would be established to decide which events to support and the amount donated to either the sport’s governing body or the athlete directly for that sport.  If the donation went to the governing body, they would then make a donation to the team or use the money to pay travel, lodging or food expenses for the athletes who compete.  In future years, if this takes off, team support staff and medical crews could be added to the funding provided!  ( a stretch goal! )

Create a logo to be used for branding similar to the IAU label.  Allow or get races to promote themselves as a “I Run For Gold” race to support the cause. Work on amassing a list of supporter emails and emailing them “Member” info, such as where team members will be running, asking team members to hold a meet and greet or give a talk at a race they will be at!